A:        When I was younger I was a normal happy child in school - friends with everyone in class and other children. One day (when I was about 4 or 5 years old) I went to play football with my friends but then changed my mind and went out with my family instead. After that a few of my so called “friends” got angry with me and turned all the other children against me and gradually took all my friends away so I’d be alone. For a year or two until I changed schools I was bullied daily by the children who used to be my friends. I only had two friends after that - the third used to switch. She used to try and bully me to become friends with the rest of the children, but every time they knocked her down she would come running back to us. I’ve been told the boys once dragged me into their toilets which I don’t remember or remember what they did in there. When my parents had enough they went down to the principal’s office and confronted him. All he could say was: “Boys will be boys”. My dad then tried to jump over his desk to hit him but sadly my mum stopped him lol. All this was up until the age of around 5 maybe 6. When I moved to other schools I was still bullied by others up until I left school altogether. I was shocked that when I went to senior school, in year 8 one of the main bullies from when I was very young (5 years old) exchanged into my school. That was an unpleasant surprise to say the least. Luckily she had grown up and wasn’t as nasty as she used to be years ago but she, even though she wasn’t as bad, was still a little bit of a bully. The only time I wasn’t bullied was at college and SOME work places. I was shocked to find these “adults” were bullying and acting like silly children at their ages.

A:  Growing up I always wanted, deep down, to perform. I knew this from playing the Virgin Mary in my first Christmas play in pre-school. I loved being on stage. I know it sounds silly to some people seeing as I was so young but growing up that’s all I wanted to do. But since being told I had no chance in becoming an actress because I didn’t have the look, talent or skill, I gave up on becoming an actress. I love animals so I tried working on a farm. That didn’t work out since it was hard getting a job on a farm seeing as I was miles away from any, then I thought I wanted to help children so was going to become a social worker. But after seeing some stories of what happens to some children I didn’t see me being able to handle it well. I then tried to become a PA or admin but was unhappy because I hated the thought of having that as a permanent career. That’s when I decided to pick up on my past dream of performing no matter what others said.

3      Are any of your family or relations in the entertainment industry?

A:  Yes. I studied at Rose Bruford College in 2006 – 2008. I was very shocked and over the moon that I was actually chosen. And in 2006 I started dancing with Salsa Wild club or school (which ever you would like to call it), I still go there now when I am able to which, sadly, is rarely.

A:  No - I used to belong to an agency and have an agent years ago when I was a teenager but he wasn’t very good. He got me a lot of dodgy work such as being a female escort. So I decided to leave them and try and find someone else. I didn’t end up finding someone so now do it all myself.

A:  Yes, I have been in several films (one was my own), plays, events, music videos and commercials.

A:  When I worked behind stage I worked mainly with props, but also helped with lighting when they were shorthanded and helped with the costumes. I did also have to be a walk on on stage when we had to clear up and pick things off of the stage while the actors were still performing.

A:  My main inspiration is one day I hope to make people feel the same way the talented actors make me feel when I watch a good film. The talented actors and crew can make me cry, laugh, get angry, sad, relieved, happy, all the emotions. I love watching a film and really feeling those emotions. I hope that one day I can improve on my acting skills more and became one of the top actors and make other people light up and feel like they do for me.

As for my many inspirations it will take me a while to think of them all. A lot of them are the classic actors, for example I love Sir Antony Hopkins, Sir David Jason, Whoopi Goldberg, Bill Nighy, Tom Hanks, Michael Clark Duncan, Iran McKellen, Julie Andrews, Dick Van Dyke, Robert Pattinson and Julia Roberts. That’s not even quarter of my list - there're just too many to name.

A:  Yes, although I will add as I just remembered, one of the reasons I had and still have a little self-confidence is because in my first school (when I was about 4 or 5), when the other children started bullying me, they would do so in class and my teacher rarely stopped them. If I was asked a question in class and got it wrong, the other children would laugh at me and sometimes the teacher would join in laughing as well. I remember sitting there embarrassed and wanted to cry but didn’t want to give them the satisfaction. I also remember having a “helper” who helped a couple of us struggling in class and she started shouting and yelling at me because I coloured in a picture in a way she didn’t like. I remember her scaring me and saying: “You ruined this picture” and other things. To a 5 year old that can be scary.


10    Whether you have been bullied or not, do you feel that the governments and schools worldwide are doing enough to combat this problem?

A:   Some schools do not care or provide help to stop bullying. I learnt this first hand as I mentioned before, my ex principal said:  “Well boys will be boys”. It’s a sad fact but true. Other schools, the better ones - do care more and will actually try and stop it when heard of any bullying going on. I know the governments do say they try but whether or not they actually do, I don’t know.

1    11    What further do you feel could be done to either decrease this act hugely or eliminate it altogether?

I            A:  I don’t know if it can be stopped until humans learn to better themselves. None of us is perfect as we know but there are people who get pleasure out of hurting others or being the “pack leader” and until this changes, until we can teach children and adults this is not the way, I think bullying will carry on.

1    12    What are your aspirations for the short and long term for your career?


13    Have you worked with any celebrities?

.                        A:       Er, to be honest I can’t really think of anything to say. Of course there are lots of things I would like to say about many things but they will get us of topic, the main thing I would like is to tell everyone to just keep improving on yourselves, never give up, never stop believing in yourself and go for your dreams. It can bring you down if you don’t have a goal or dreams in your life. I would also like to see the humans evolving and everyone becoming better people, to have a better world all round.

16    Is there anything further that you would like to add? 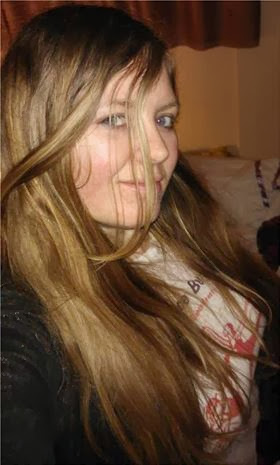 Lannah
Lannah was born in South Australia in 1955, and raised on "Pitcairn Station". Her primary education was provided by School of the Air and correspondence lessons, followed by boarding school in Adelaide. Later, she went on to hold a variety of positions in Adelaide and then in other states.
After travelling overseas she returned home via Western Australia and decided to settle there. Lannah and her husband, Stuart, have two daughters, Robyn and Fiona, both in their twenties.
Lannah works full time. She is passionate about her family, animals, the outback of Australia, and writing, among many other interests.

we are in
AustralianPlanet
all australia